Eric R. Hoonhout – Attorney (Chairperson and President). Eric is the founder and principal of Hoonhout Law, Chartered, a Sarasota, Florida, real estate, elder law, and estate planning law firm. He is an active member of various local organizations, and supports and volunteers with various civic and community groups. He currently serves on a number of nonprofit boards of directors, including his own condominium association, which decided it no longer wanted to pay him for his counsel!  Eric earned his Juris Doctorate degree from the Florida State University College of Law in Tallahassee, Florida, and his Bachelor of Arts degree (History and Religion) from Augsburg College in Minneapolis, Minnesota. 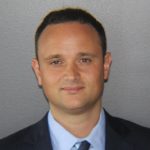 Kevin Coscia – Esq. (Treasurer) Largo Capital. Kevin is Managing Director of Largo Capital’s Florida mortgage banking platform out of its Sarasota office.  At Largo, he is responsible for commercial real estate debt and equity placements throughout the US and Canada.  A recent transplant to Sarasota, Kevin previously lived and worked in Miami and New York City. Kevin earned his B.S. in Finance from the Smeal College of Business at Penn State University along with a JD/MBA from University of Miami.  Kevin an active member of the New York and Florida Bar Associations.

Bill Connell. Bill was born in Washington, DC, and moved to Florida in the 9th grade. He played football at Boone HS and was later inducted into the Boone High School Sports Hall of Fame. Bill went on to play football at Texas A&M and is still an ardent Aggie fan. Bill graduated with a degree in Business Management. After college, Bill worked for the Ohio Casualty Company in management training. He eventually came to Bradenton and went to work for DesChamps and Gregory selling commercial insurance. In 1979, he bought Knight Insurance Agency, one of the oldest agencies in Sarasota. Knight Agency became Connell & Associates specializing in commercial and personal lines. Later he merged with Steve Herrig to form Connell & Herrig, a full lines agency. In 2002, the agency was sold to FNB Financial Corp. (later Fifth Third Bank) and became part of the Bouchard Insurance Group. Retirement came a few years later. Now, Bill and wife, Joanie, enjoy their summer home in the mountains of NC and taking a cruise or two every year. Bill is active in his church, First Baptist of Sarasota, and has been an active member of Sertoma since 1972.

Ron Haynes. A Sarasota native, Ron recently retired from a 23-year career with Compass Group N.A., most recently as Director of Dining Services at The Ringling College of Art & Design from 1999 – 2016. Ron received his Bachelors of Science degree from The University of Florida in Public Relations through the School of Journalism and Mass Communications with a minor in Marketing from the Business College. He has been an active member of the Sertoma Club of Greater Sarasota since 2005 and served as both President and Chairman for the organization. While in high school at Pine View, he worked for the Sarasota City Recreational Dept., coaching all the pee-wee sport programs as well as being a summer counselor at Arlington Park. John Gaudiano. A native of Boston, John is a United States Army Combat Veteran who has lived and worked abroad yet calls Sarasota his only home. After establishing a bank on the Suncoast that later was acquired by Fifth Third Bank, earning his MBA, and focusing his energy on real estate sales, John met and married his wife, Sunny. Together, they have a son named Rocky, who was a Sertoma Kid needing language therapy services as a toddler. The experience convinced John to become a member of Sertoma Club of Greater Sarasota and to support the mission of Sertoma Kids in any way he could. When not selling real estate, you can find John with Sunny and Rocky boating, socializing at TPC Prestancia, and working with Rocky on his Olympic Dreams. Lauren Johnson. Lauren is a recent retiree from the Sarasota County School District, having taught kindergarten through second grade for 44 wonderful years. She earned her master’s degree from USF in Gifted Education and was most passionate about gifted education and the sensory needs of gifted children. She also helped begin the first chartered middle school, Sarasota School for the Arts and Sciences, in Sarasota and worked tirelessly on that board of directors for three years. Lauren has been recognized for her accomplishments with children and the arts, being named Teacher of the Year at Fruitville Elementary School and Florida Studio Theatre’s Teacher of the Year. Now, she is loving retirement with her husband, Mark, and taking the time to frequently see their grandchildren. Playing pickleball, learning golf, biking, kayaking and recently joining the Sertoma Kids Board of Directors has kept Lauren quite active in the community.

Mark Johnson. Recently retired from a lengthy career in higher education, including stints as Dean of Students at both New College of Florida and Ringling College of Art & Design, Mark and his family have been Sarasota residents since 1985. An active member of the Sertoma Club of Greater Sarasota for the past 13 years (8 of them on the board), Mark has also served on youth sports boards, as well as coaching and umpiring women’s softball at both the high school and college level. He is now committed to a life of leisure, which promises him the opportunity to regularly instigate his four grandkids, reading and napping without guilt, lowering his golf handicap, traveling, and providing assistance to great causes like Sertoma Kids. 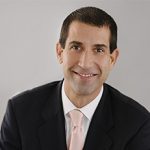 Eric Massey – Sr. Commercial Advisor, MS&C Commercial Real Estate. Eric is a fully integrated commercial real estate broker focused on the Sarasota market and specializing in the City of Sarasota and South Tamiami Trail. He began his career in commercial real estate in 1997 while living in Miami and brought his passion and enthusiasm for the business home to Sarasota in 2000, starting at MSC Commercial. Since 2015, he has closed hundreds of sales/leasing transactions totaling over $80,000,000 in volume spanning the Sarasota/Manatee/Charlotte markets, working in all facets of the industry. His passion to serve his community led him to found the Sarasota YPG Group, which is still active within the Sarasota Chamber of Commerce 20 years later, sit on the Sarasota Chamber of Commerce Board of Directors for eight years, and later join Sertoma Club of Greater Sarasota, where he served as the organization’s Chairman in 2016. 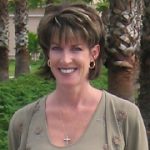 Linda McCollum – Owner/Broker for McCollum & Associates Realty, LLC. Linda is originally from Cleveland, Ohio, and moved to Florida in 1991. Her passion has always been transitioning people in life. In Cleveland, after attending college, she became a realtor and owner of a roommate referral service. After moving to Florida, she became involved full time in selling real estate while volunteering in her faith community teaching children religious education, planning liturgy with families for funeral masses, and assisting as a Eucharistic minister. She is a long time member of the National Association of Realtors, Florida Association of Realtors, and Realtors Association of Sarasota and Manatee. She is also a Toastmaster, as well as professional speaker, and an alumni member of Leadership Sarasota. Linda has been an active member of the Sertoma Club of Greater Sarasota for 11+ years. 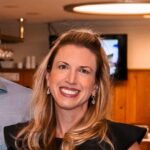 Audrey F. Randall – Attorney at Law. Audrey grew up in Sarasota and recently relocated back to the area with her husband and children. She graduated with a degree in Humanities/Women’s Studies from Florida State University and received her Juris Doctorate degree from St. Thomas University College of Law in Miami, Florida. Audrey is a bar licensed attorney in Florida, the District of Columbia and Texas. She has served on the boards of various legal, community and education groups, including the Sarasota County Bar Association Young Lawyers Board of Directors; Manatee County Florida Association for Women Lawyers Board of Directors; and Gaithersburg MOMS Club Board of Directors. She also served on the St. John’s Episcopal School of Olney, Maryland, Board of Trustees, where she chaired the Trustee Committee, overseeing the bylaws, governance documents and assisting with board management. Audrey’s legal background is primarily in Social Security Disability and legal aid via non-profit organizations. She is a Veterans Accredited attorney. Tim Self – Financial Advisor, LPL Financial. Tim has been active in the Sarasota community since 1996. His extensive community involvement includes current board service for Visit Sarasota, Leadership Sarasota, Sertoma Club of Greater Sarasota, Sarasota Suncoast UK alumni Club and a Steelers Black N Gold at Geckos Club.  Previous involvement includes the Community Center for the Deaf and Hard of Hearing, Beyond the Spectrum (school for autism), Designing Women Boutique, Women’s Resource Center and Art Center Sarasota. In 2017, Self received the “Impact In Action” award from Leadership Sarasota, and in 2016, he was elected to a 3-year term on the National Board of Sertoma Inc. Tim has also been active in many other community committees through the Sarasota Chamber of Commerce, Downtown Business Association, Lakewood Ranch Business Alliance and the Sarasota Alliance. He has coached a variety of local youth sports teams. Mr. Self holds a Bachelor of Arts degree from the University of Kentucky and a Master of Business Administration from the University of Tennessee.